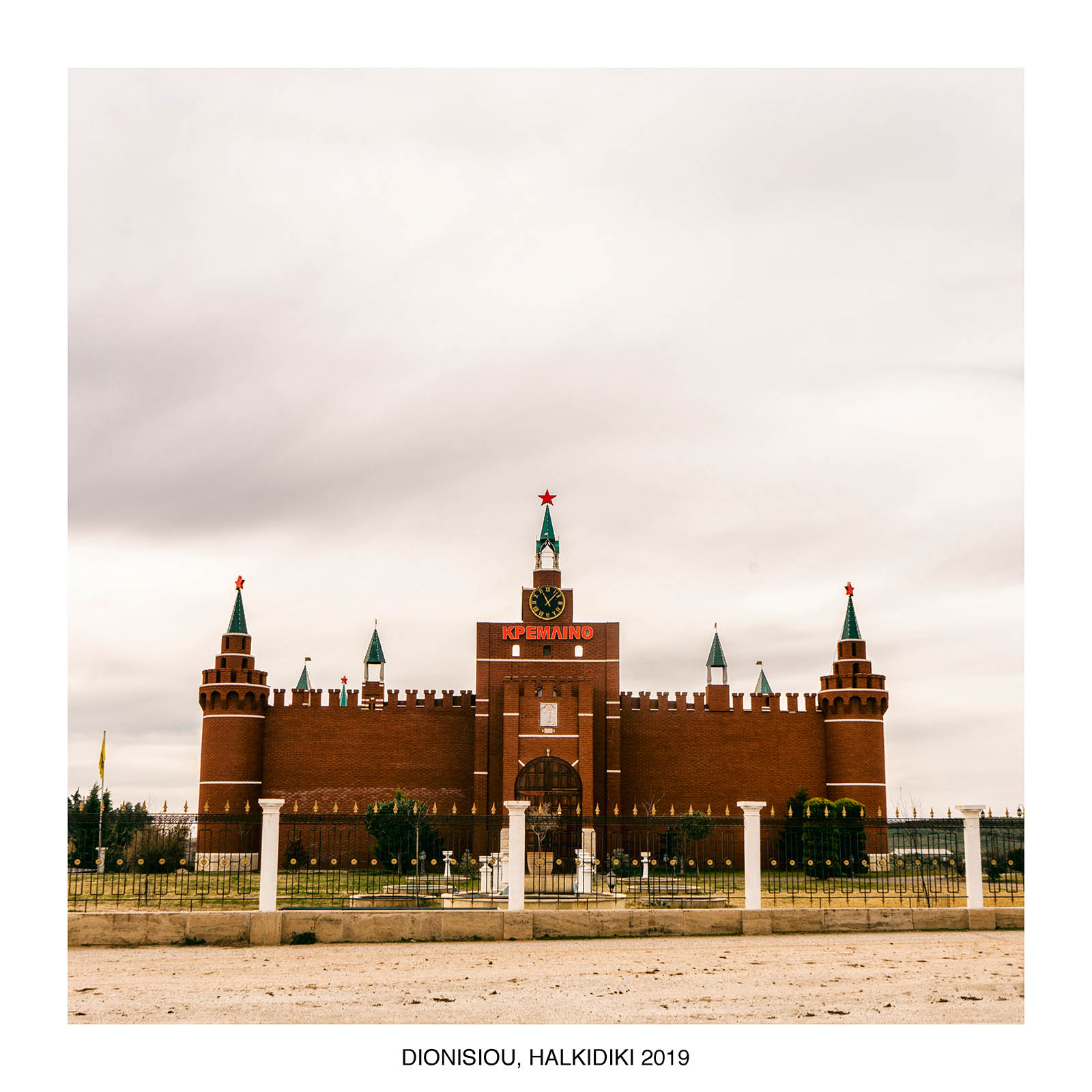 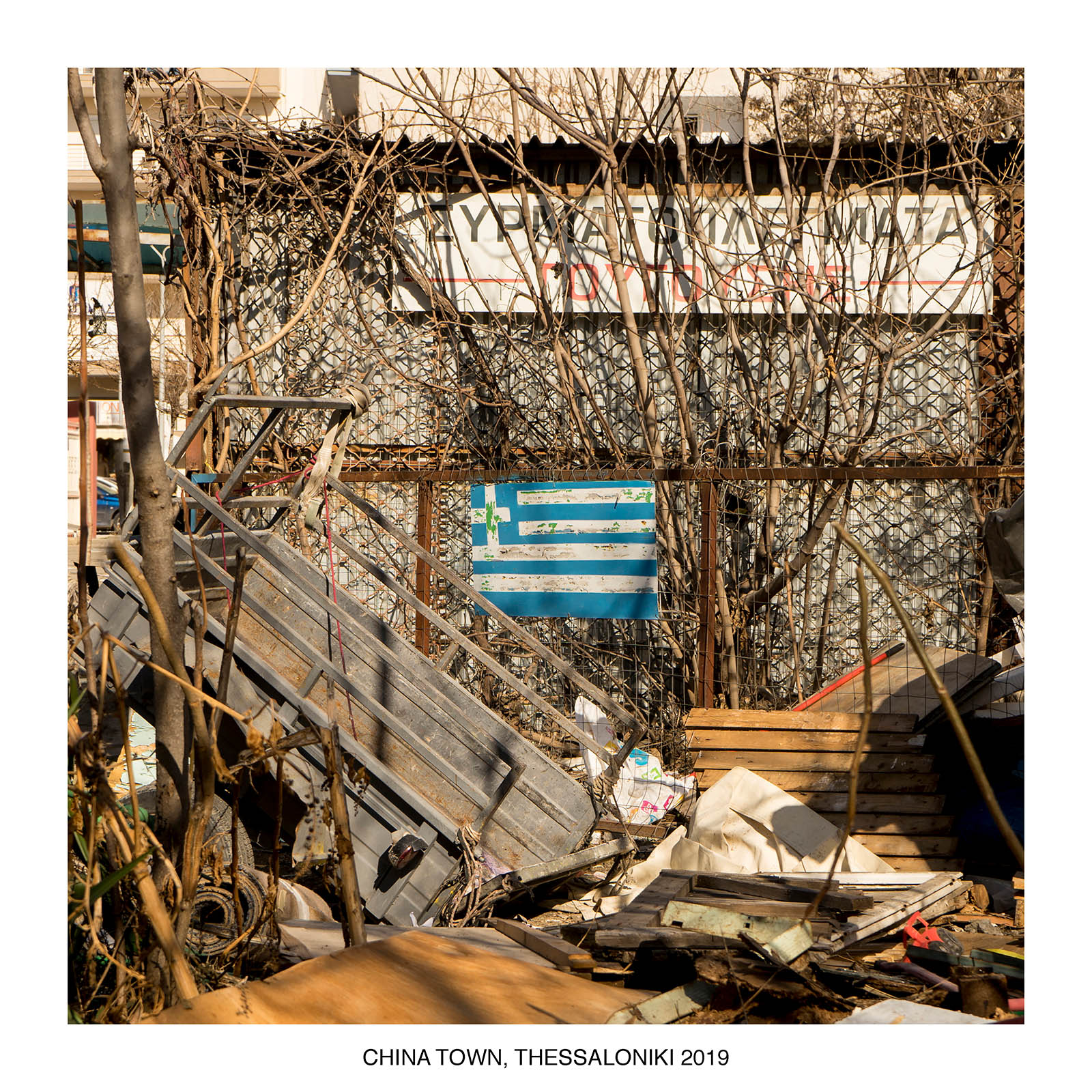 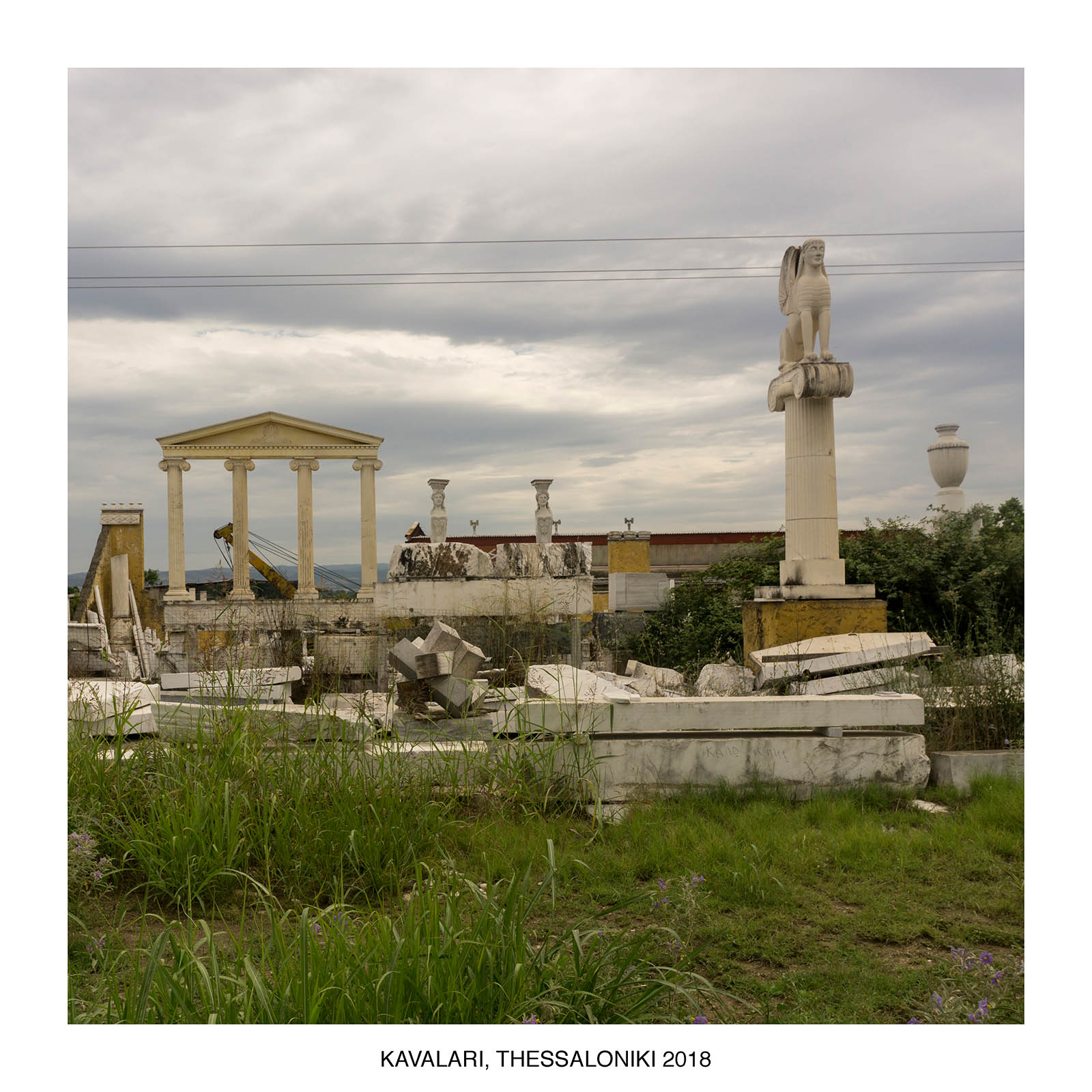 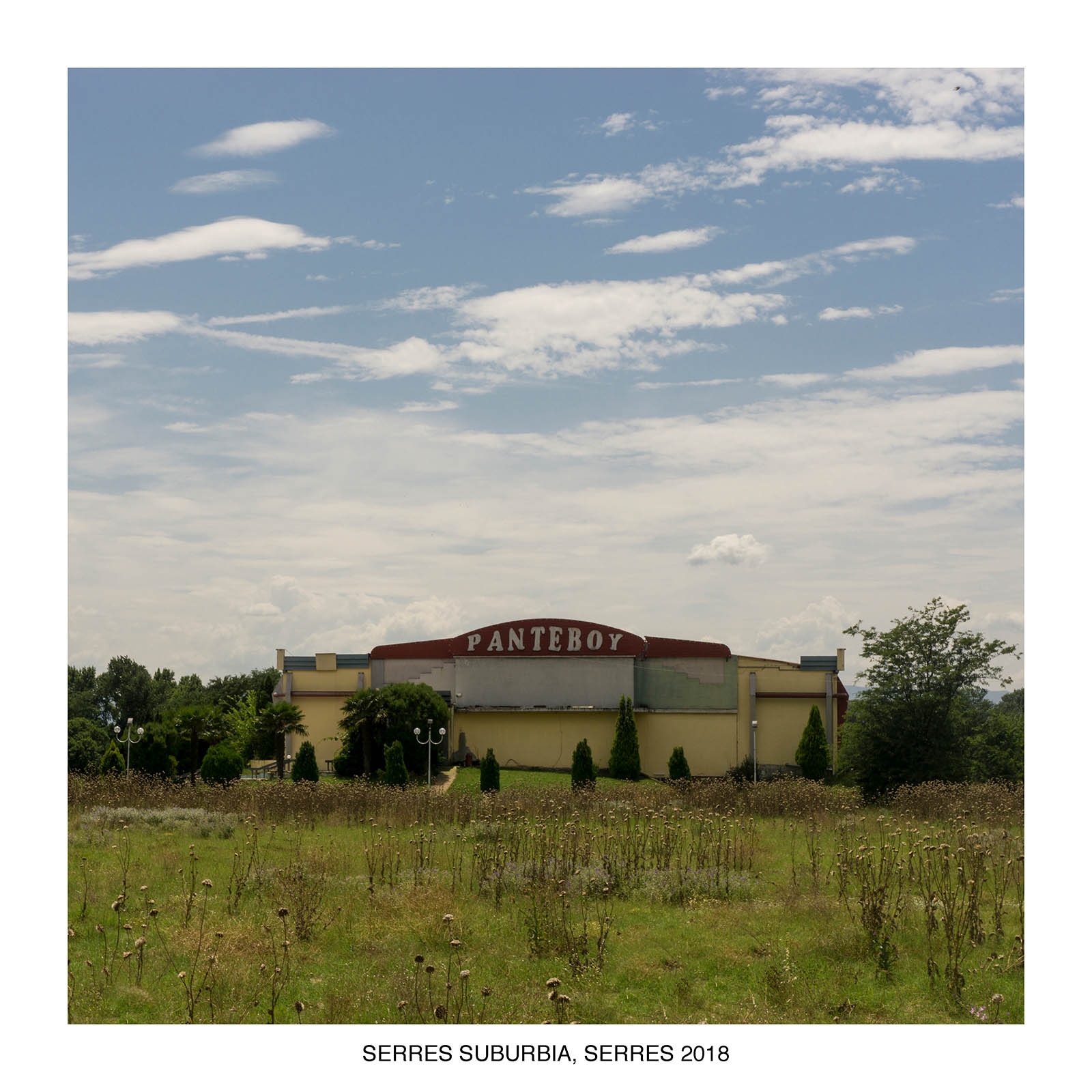 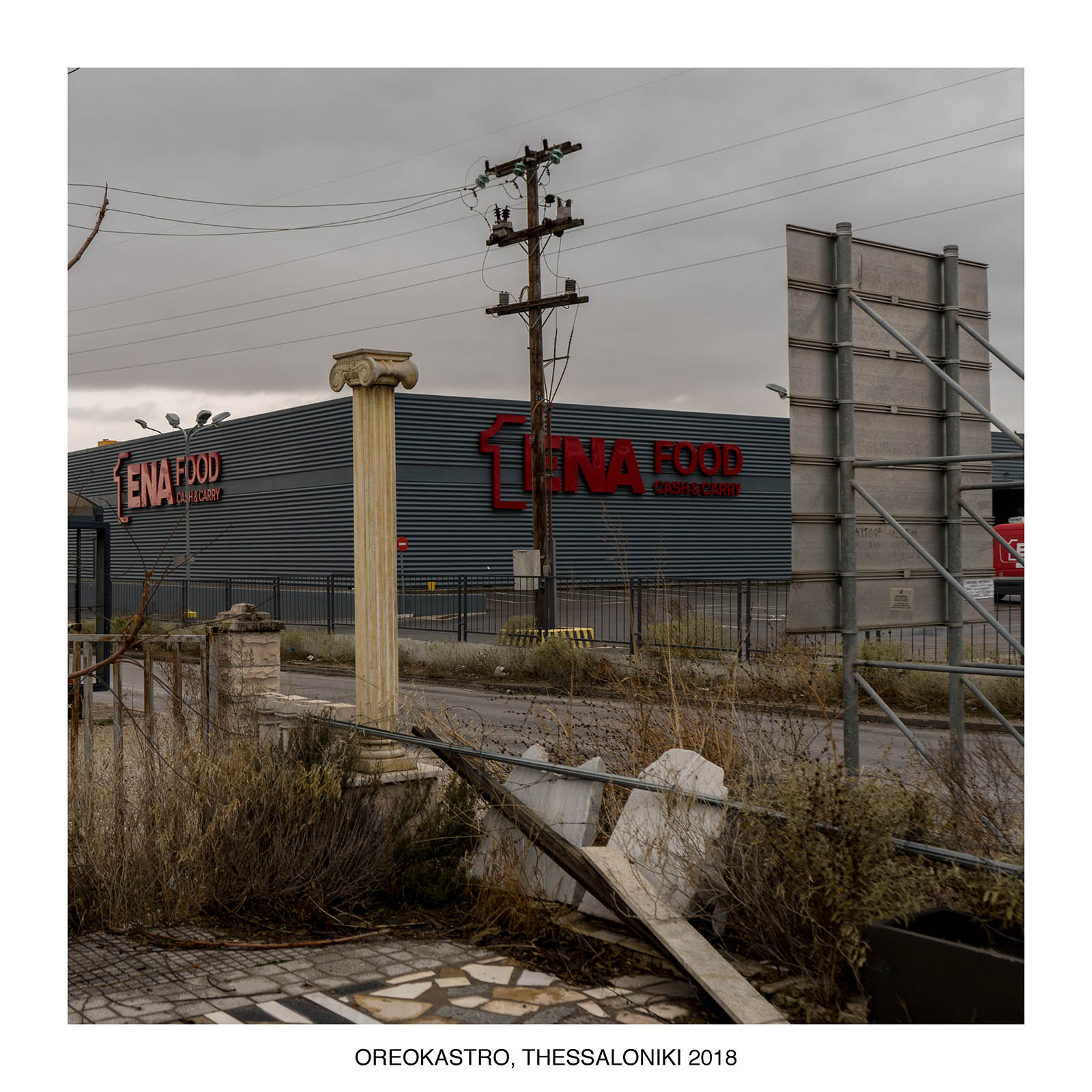 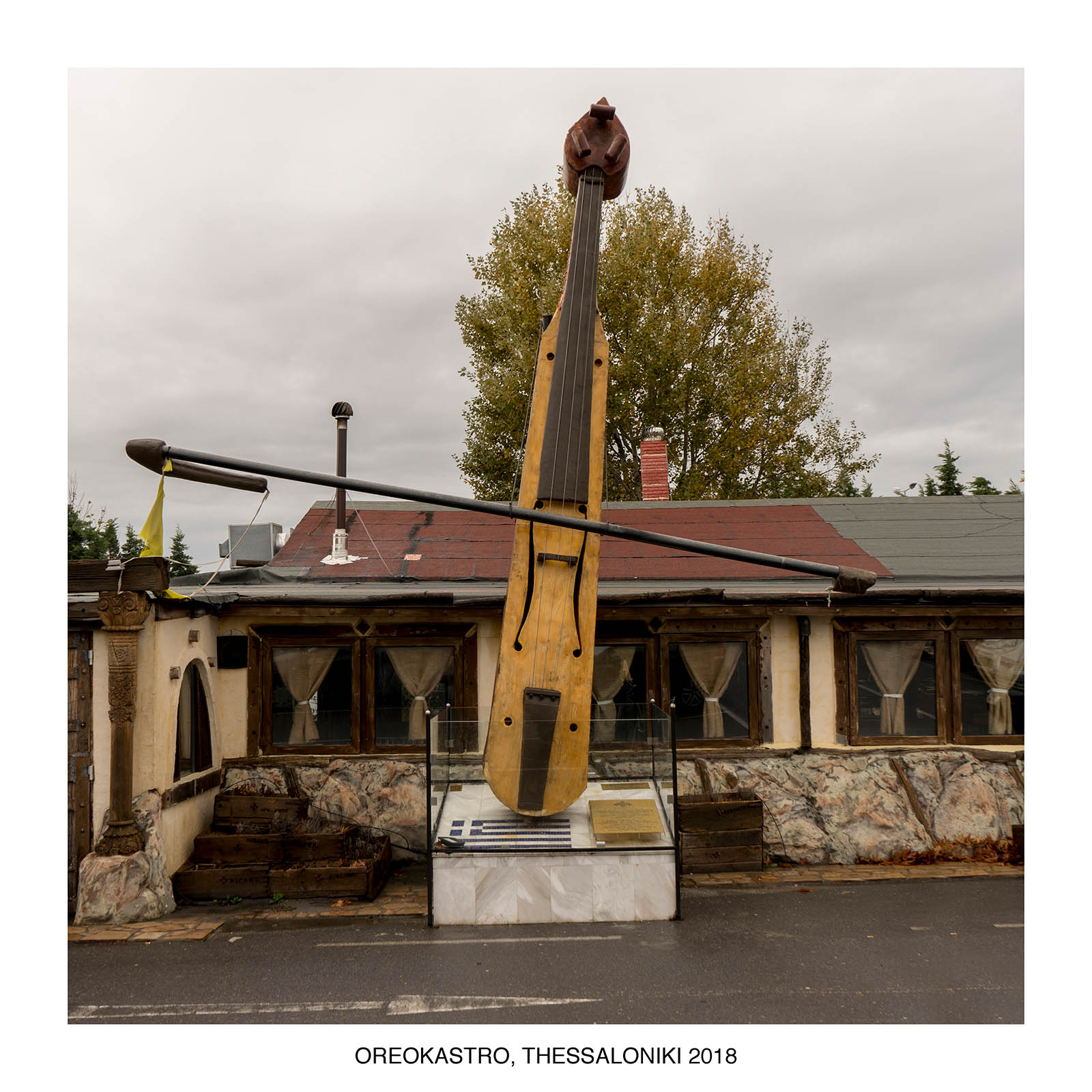 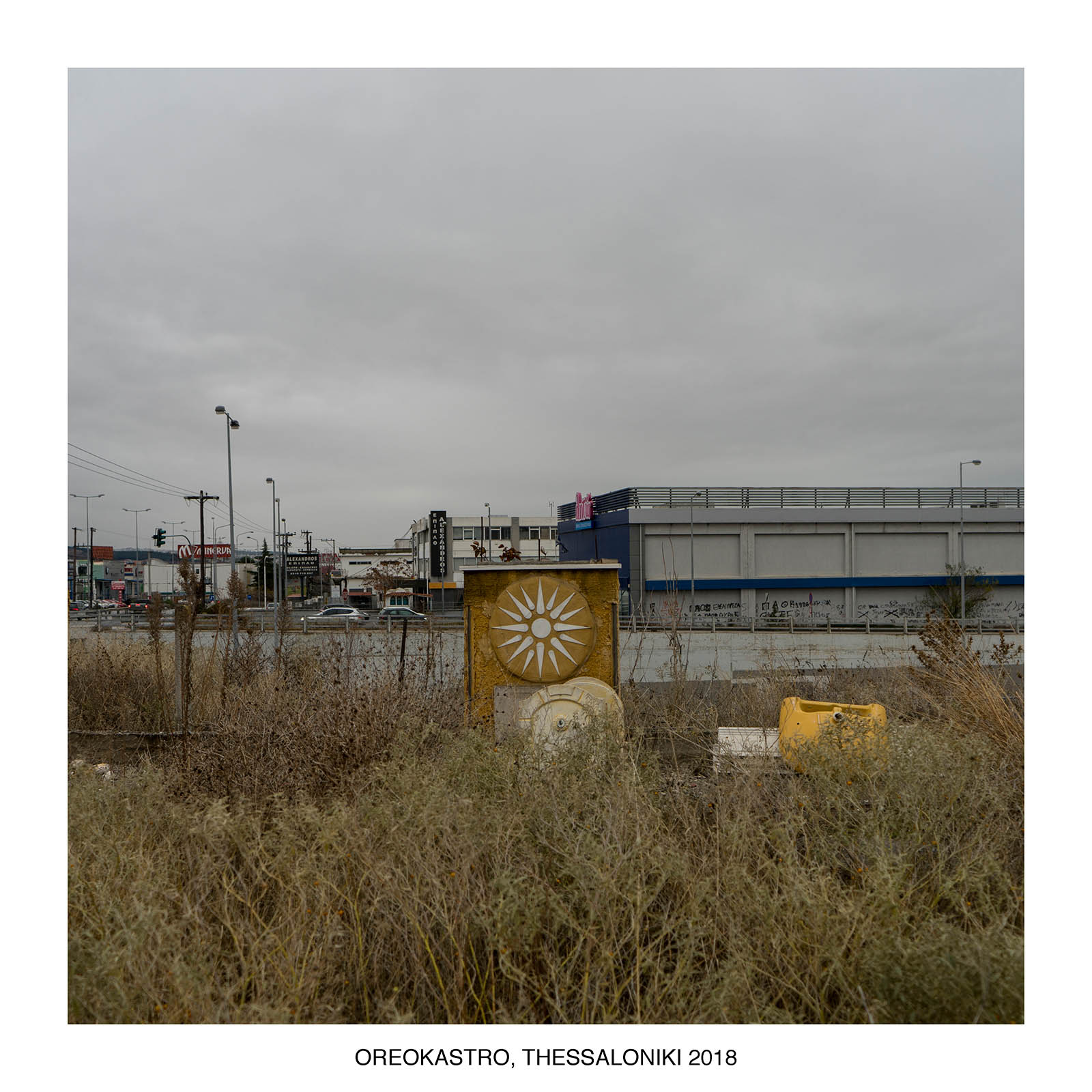 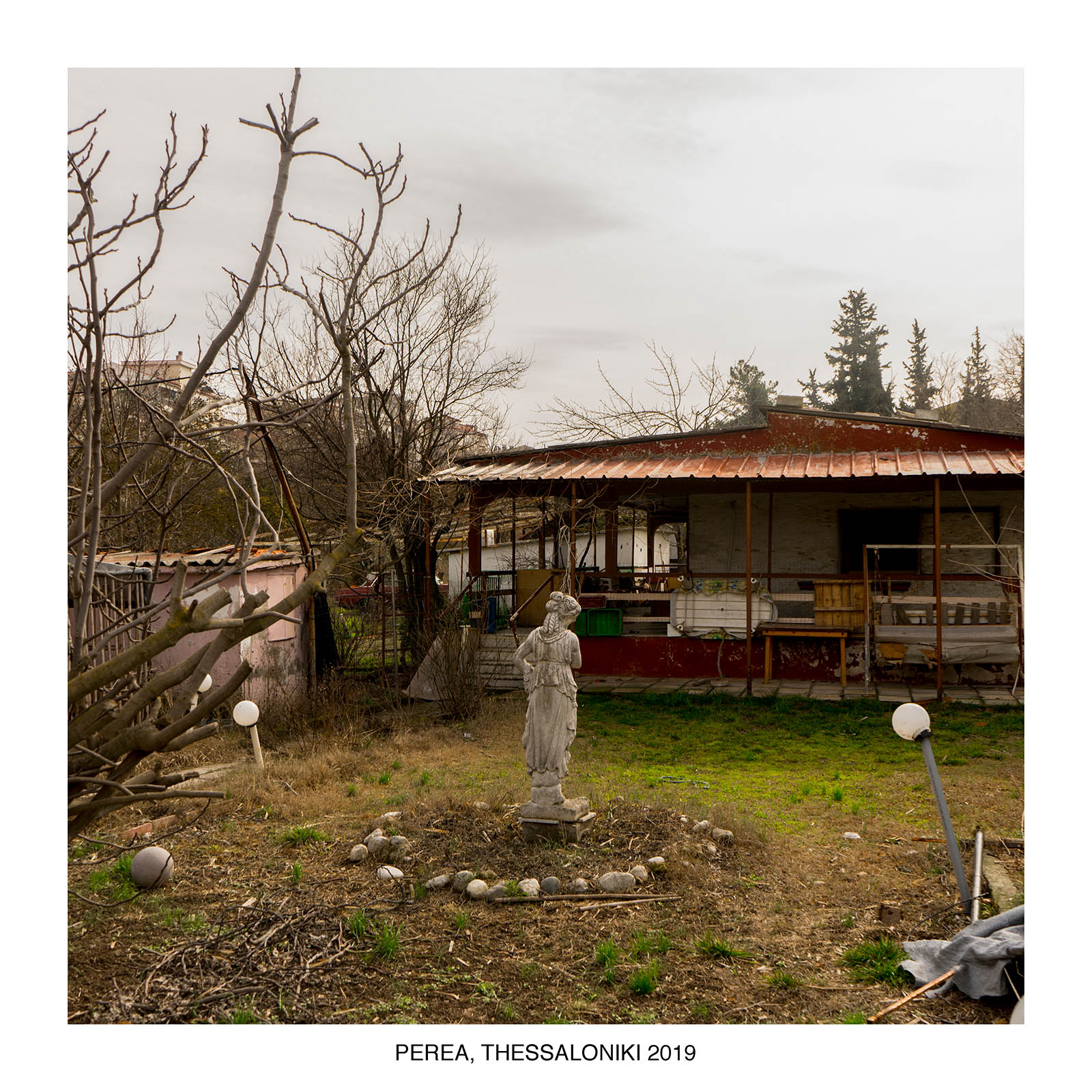 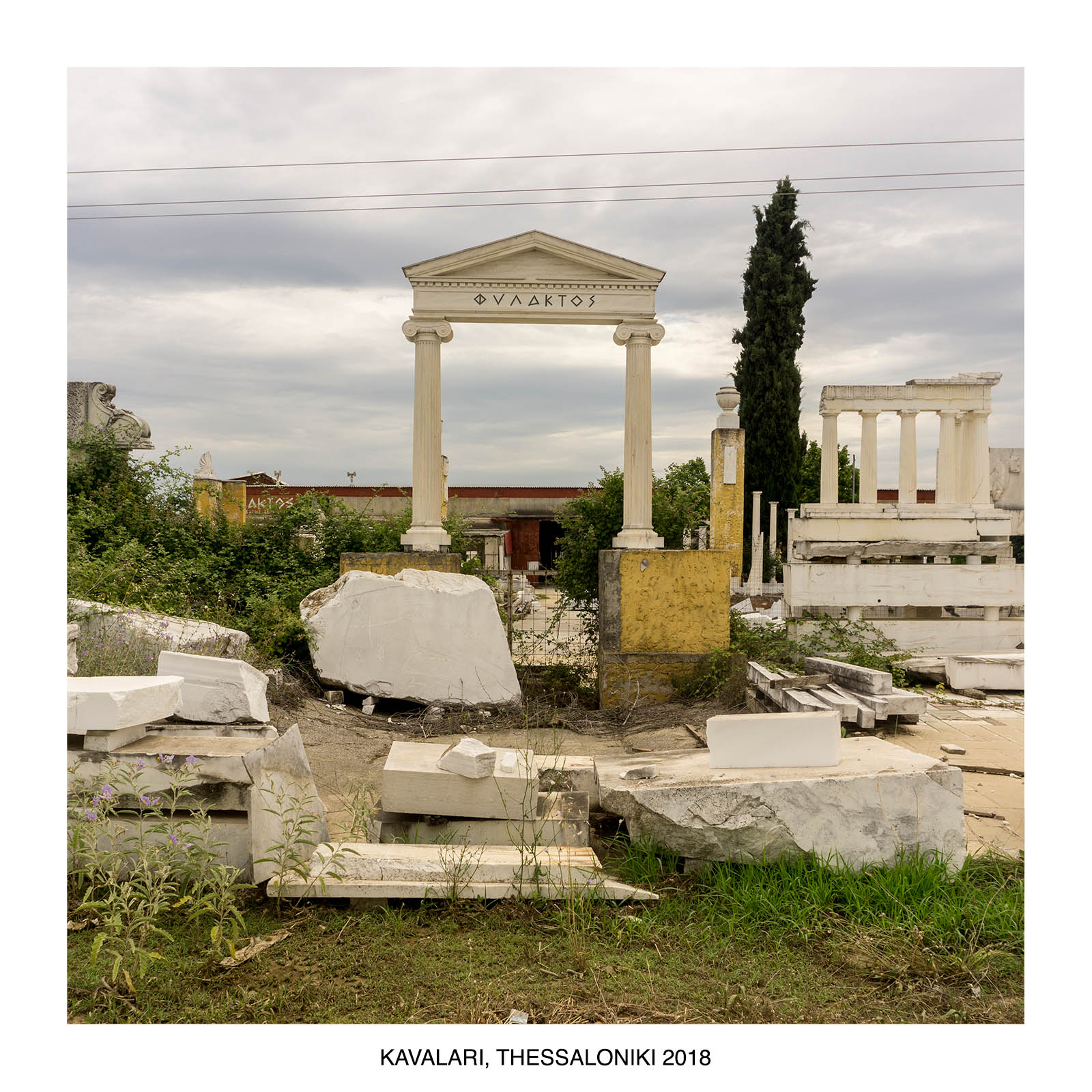 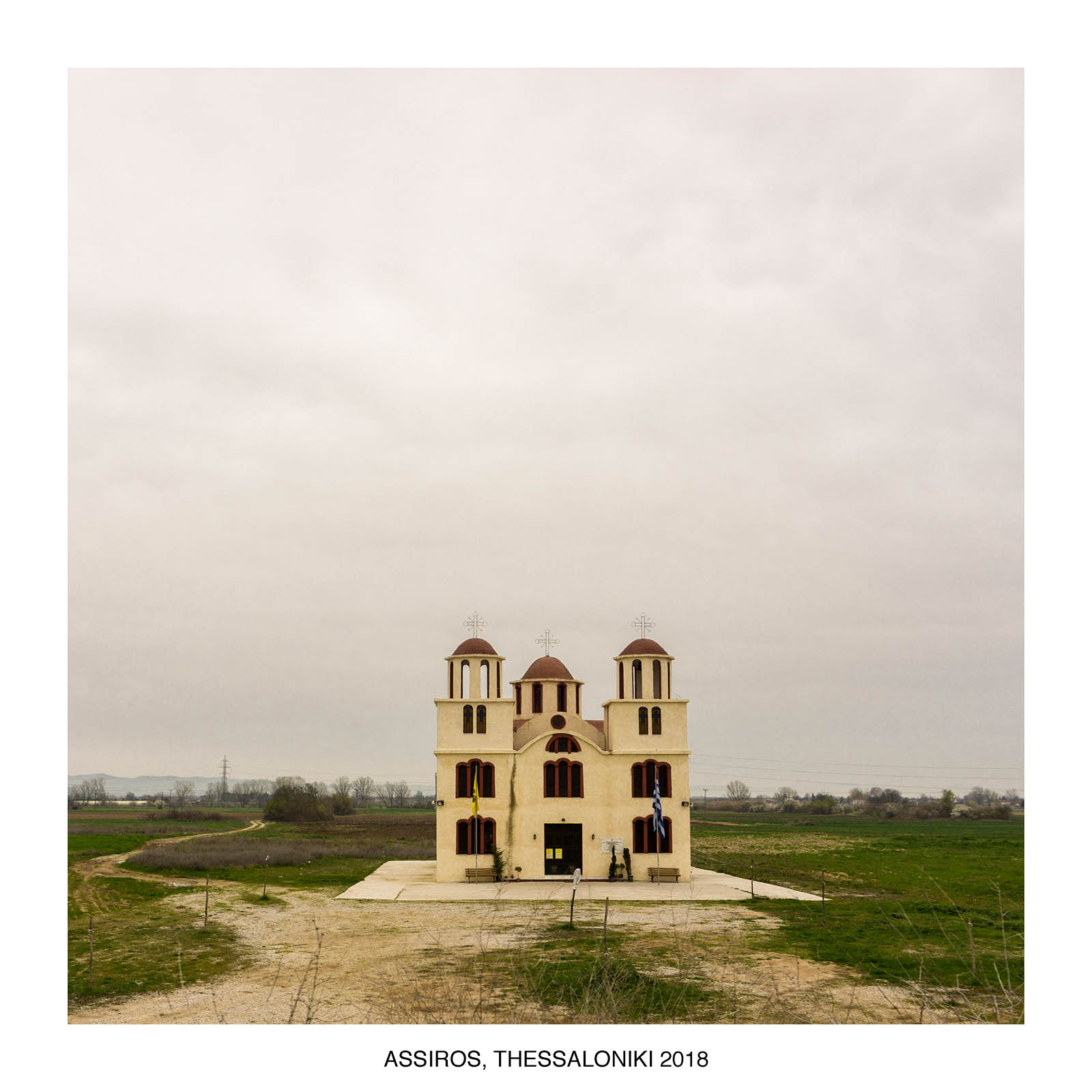 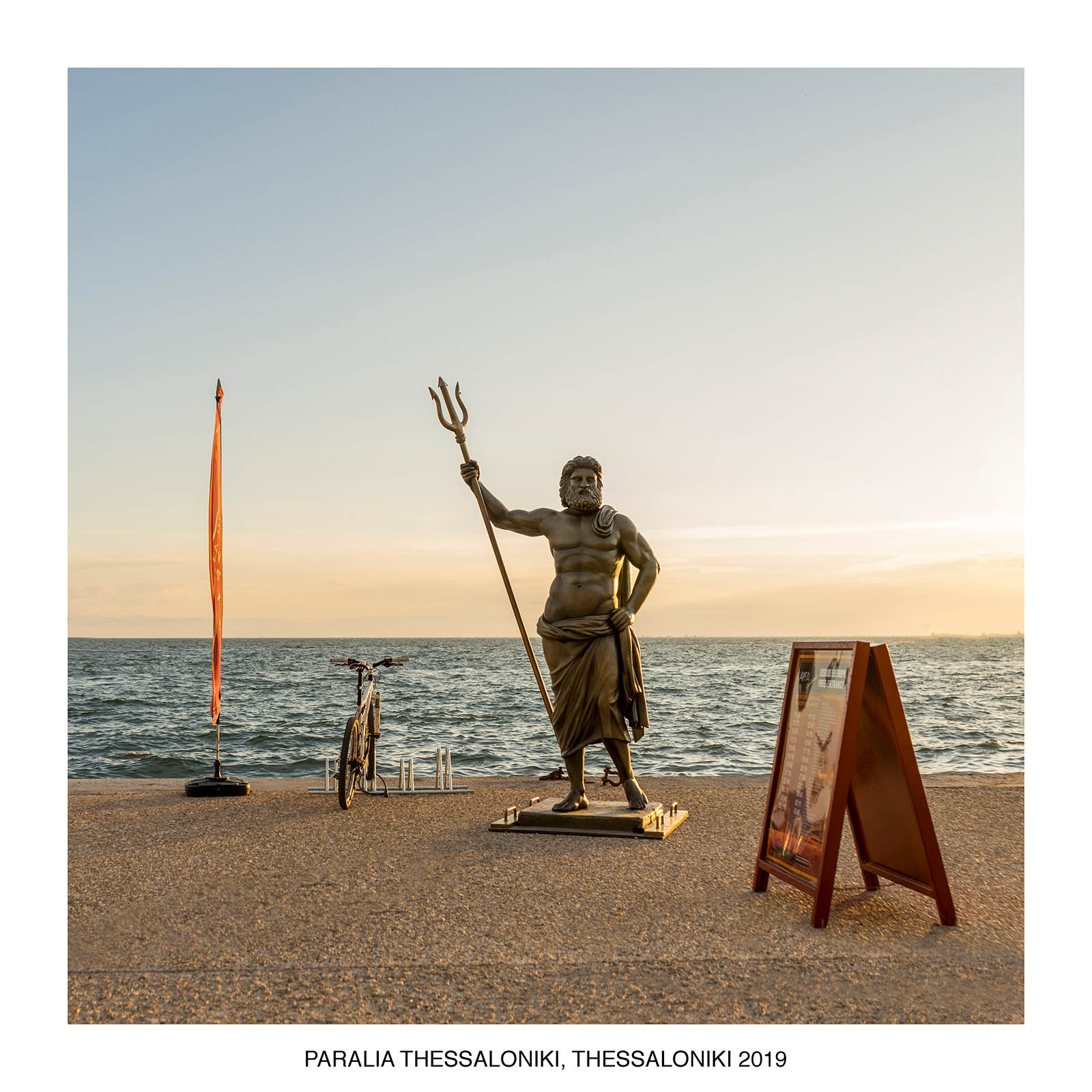 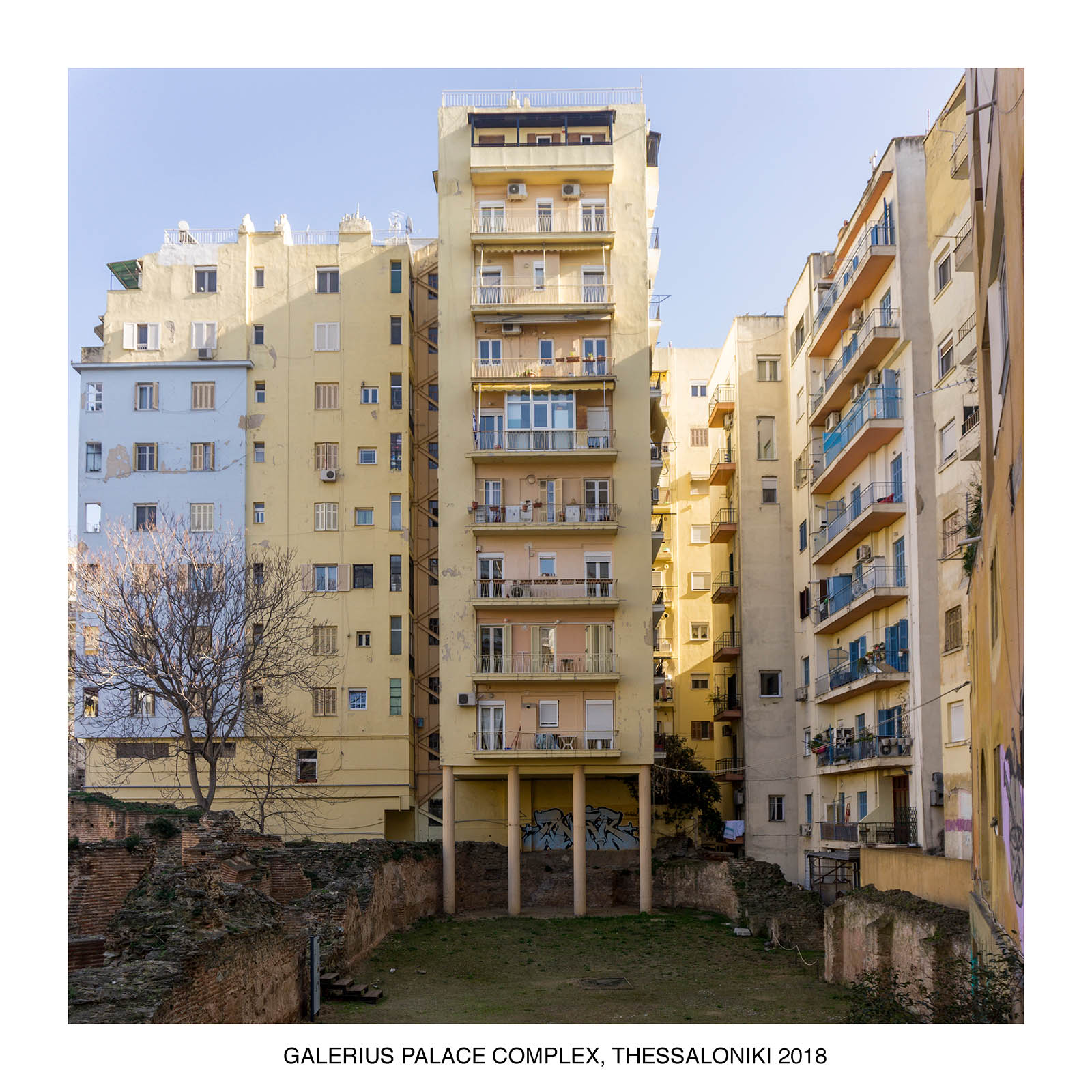 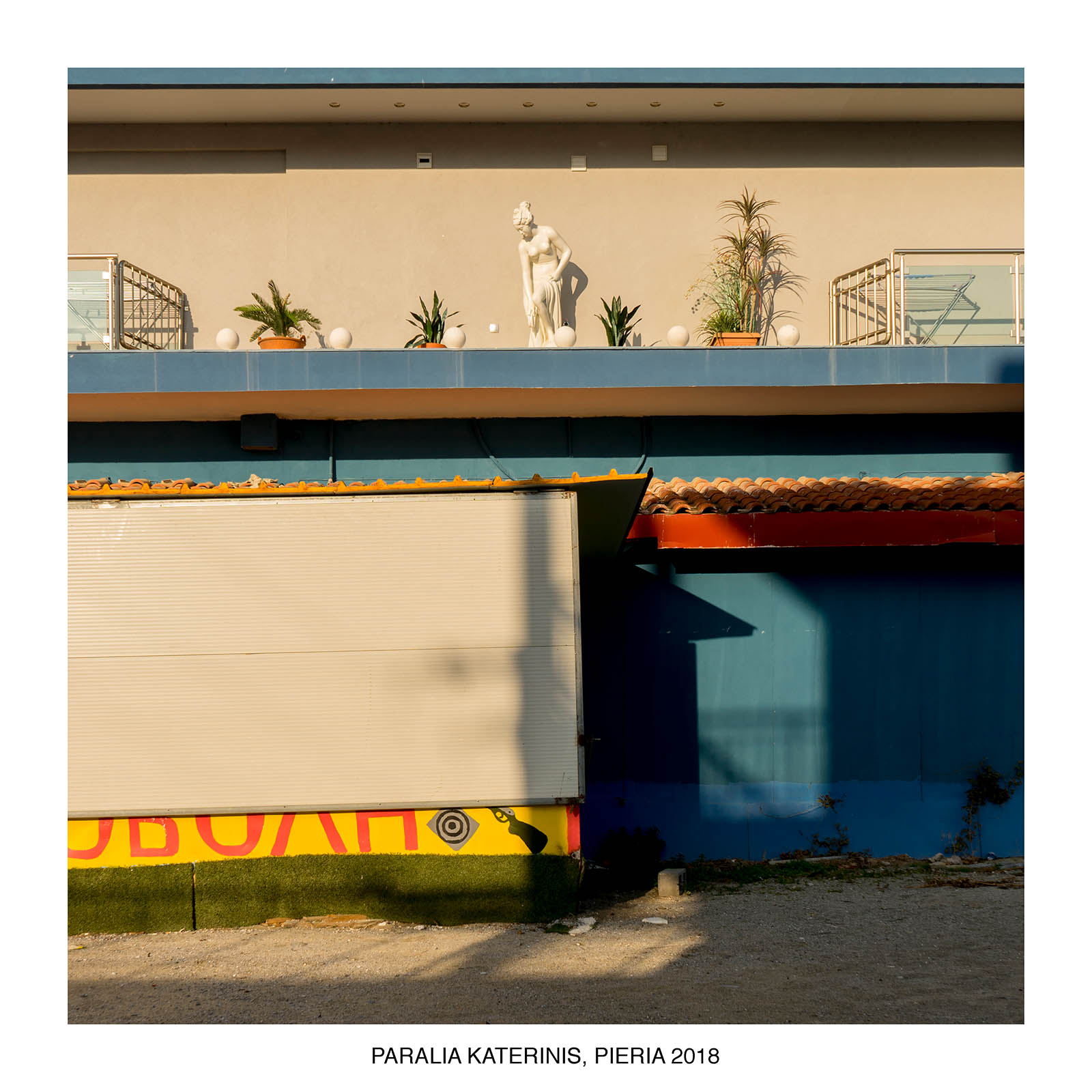 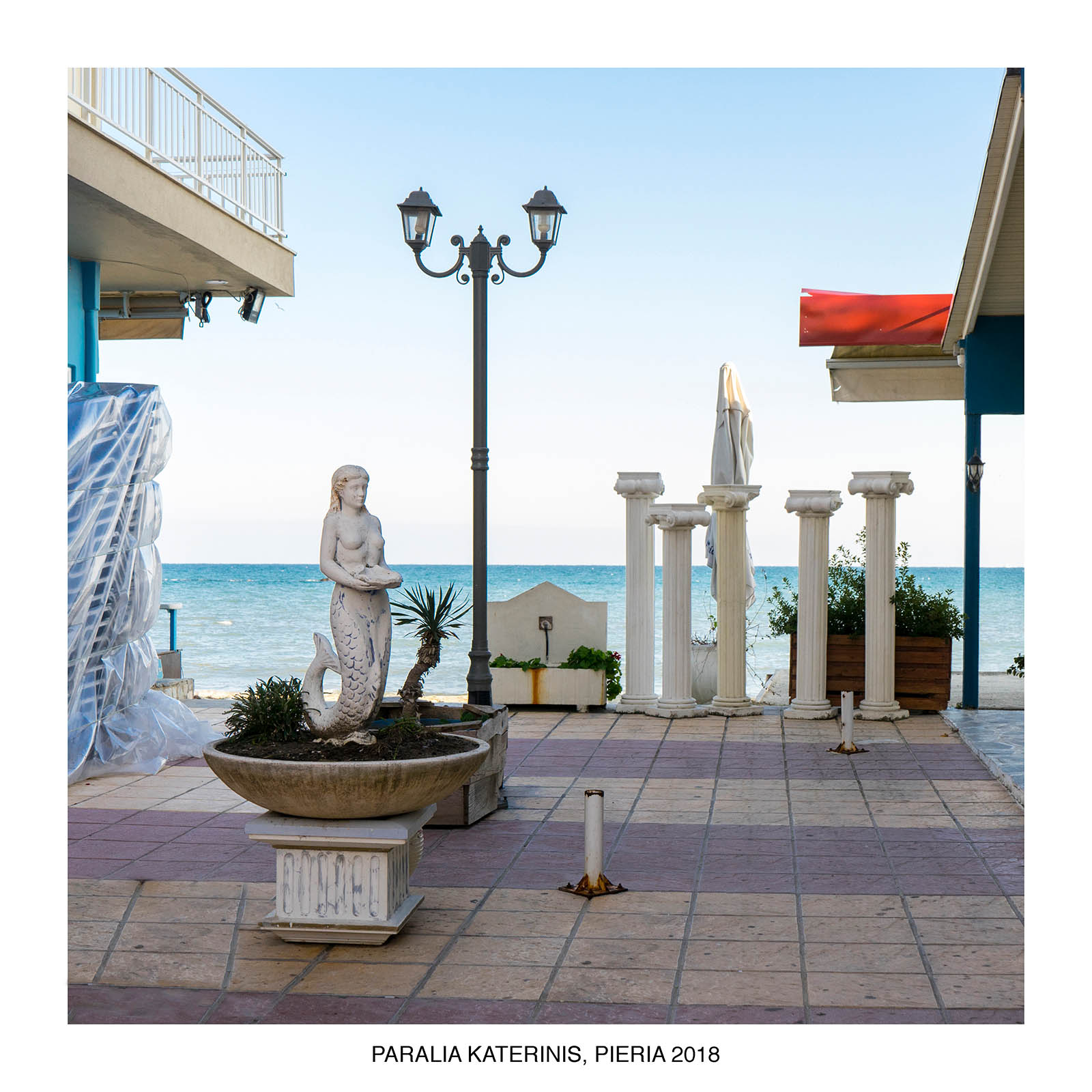 These photographs, under the title ‘Souvenirs’, describe a highly conservative Greek reality, which claims that the adhesion to an unskilled reproduction of ancient symbols along with the adoption of false mimic images of the Western civilization, add to the self-sufficiency and the prestige that it seems to seek. Throughout these reconstructions which mime ancient monuments and statues, one can witness the marching of representations of popular emblems, churches that appear as miniatures in the middle of nowhere (which believers do they invite, really?), as well as symbols that, due to the recent political developments regarding the name of F.Y.R.O.M., became objects of quarrel. In these images, surrounded by square frames and despite their strictness, one can witness the playful, even ironic, mood of the photographer. The invocation of the past, the oblique westward gaze and the emphasis on the religious element are the triptych, which runs a large part of the disoriented Greek society. The hyperbole in their use certainly invokes beliefs and arbitrary, often contradictory, adopted identities. Everything fits but nothing matches. This series reaches the lines of political photography as it records and gleans that which longs to be, through the use of symbols, the public image of the modern Greek and how he coexists with the public space. It is the image that he, himself constructs by using old and light-reflecting stereotypes which he estimates that they emulate the splendour of a long-gone civilization as a deficiency for the creation of a new one.